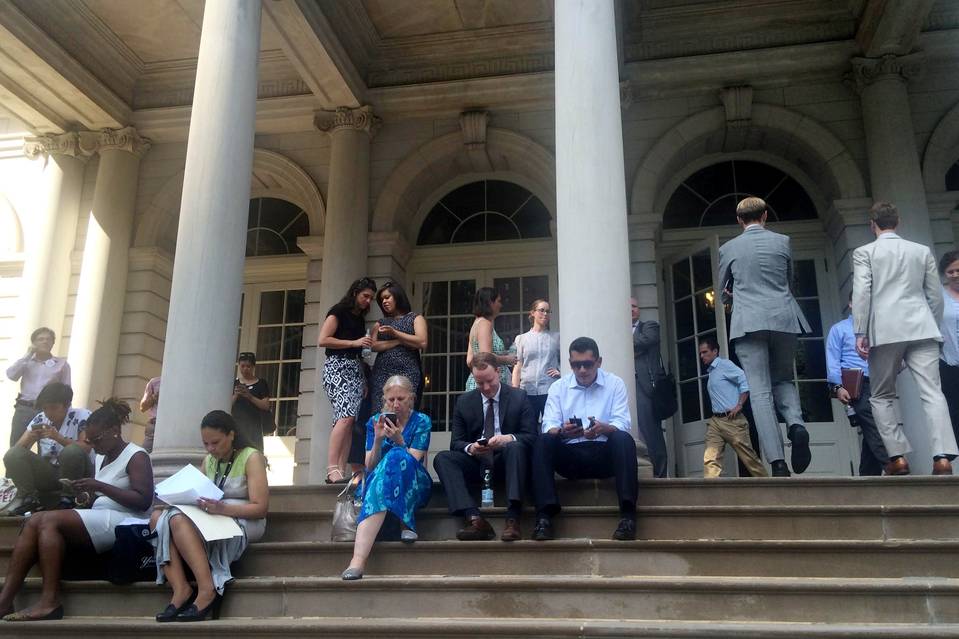 They arrive at City Hall early, before the lawmakers usually, and stalk their prey with a friendly smile. They offer gentle reminders to City Council members of the importance of schools, libraries and worker cooperatives, and all the promises that have been made.

Such is budget day in New York City, when dozens of lobbyists and nonprofit advocates descend on City Hall to make one final pitch to lawmakers on behalf of the groups they represent. Budget talks were expected to wrap up Monday night.

“I’m not above running after them and chasing them down,” said Alexis Posey, senior policy analyst for workforce development at the Federation of Protestant Welfare Agencies, a New York City antipoverty group.

The annual gathering of special interests has come to be known by lobbyists and advocates as Vigil Day, though it often lasts longer. Much of the time is spent waiting for a budget deal between the City Council and the mayor.

At stake this year are slices of the city’s $78 billion budget, a life-giving source of funding for many of the city’s nonprofits. The tradition turns on ready access to the lawmakers and city officials who stream in and out of the stately building on budget day as they negotiate a deal. Such opportunities would be hard to come by on most other days.

At one point Monday, city budget director Dean Fuleihan arrived on the scene, sparking a flurry of lobbying as he strode across the plaza and into City Hall.

Among the lobbyists on the steps Monday, some of whom sipped cool drinks on a steamy summer day: Esther Lok, interim director of a nonprofit that helps low-income individuals sign up for health insurance.

“You bring sunglasses, sunscreen, and basically a 10-second spiel,” she said. 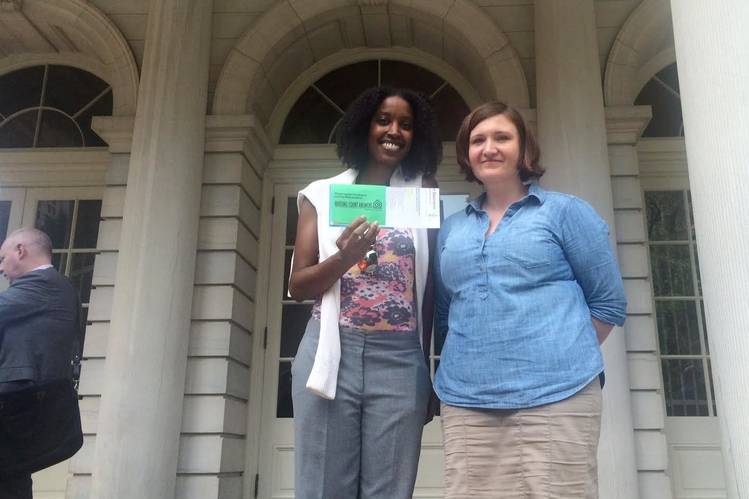 Much of the day though, is spent simply waiting around.

“It’s a lot of rumors,” George Mihaltses, a vice president of government and community affairs for the New York Public Library, and husband to a former senior aide to Mayor Michael Bloomberg, said as he sat under the portico in a suit. “The usual.”

Susan Lerner, the executive director of Common Cause New York, a nonpartisan good-government group, said lobbying efforts had intensified in the past decade, as many social services were outsourced to nonprofits during the recession.

“It’s getting more and more outrageous,” she said. “What you have are people who are there to remind the council members, ‘We want money.’ It’s to hold the lawmakers accountable for the favors they have been promised, not to do the people’s bidding.”

But Ms. Lerner said many of the lobbyists represent nonprofits that provide social services to the city, particularly to the low-income communities, that are vital.

“How sad that in our current system, those groups cannot rely on the good faith of a City Council member, they’ve got to be in there jostling with private industry,” she said. “The process has spun out of control.”

Outside City Hall, Councilman Chaim Deutsch walked through the waiting horde on the City Hall steps. Mr. Deutsch said he didn’t mind their presence, but would do “what’s good for my constituents,” regardless of their efforts.

Asked how many lobbyists had approached him Monday, the Brooklyn Democrat stood on the City Hall plaza and smiled.

“Just look behind you,” he said, nodding toward the lobbyists sitting on the steps. “All of them.”